Kilian has been a major champion for the refugee cities effort over the last few years. He has advocated for the concept before numerous European and Middle Eastern government leaders, private-sector investors, and humanitarian organizations. His work has led to several potential projects under development in Northern Africa and the broader Mediterranean region.

Kilian has a long history working in refugee and humanitarian responses. He managed the 84,000-person Za’atari refugee camp and has over 25 years of hands-on experience with the UN and NGOs on emergency responses to refugee crises, resource mobilization, international development, and political and regional cooperation. Before managing Za’atari, Kilian served as Deputy Humanitarian Coordinator for Somalia, Deputy Representative for UNHCR in Kenya, Deputy to the Special Envoy of the UN Secretary General for Assistance to Pakistan, and many other roles.

Prior to building the Marron Institute, Fuller worked with Romer on the idea of Charter Cities — city-scale reform zones that can leverage the 21st century’s unprecedented scale of urban growth, generating new options for reform-minded leaders and new choices for migrants in search of better places to live and work. Fuller’s interest in reform zones is based on the conviction that finding innovative ways to free up international labor mobility can dramatically improve global living standards. For this reason, he is also drawn to the idea that refugee camps can benefit both refugees and hosts by providing more of the opportunities and amenities typical of normal urban life – most importantly the freedom to earn income at a job.

Prior to joining NYU, Fuller was part of Aplia, an education technology start-up founded in the San Francisco Bay Area. Aplia provides interactive online problem sets and experiments designed to increase student effort and engagement in college courses. Fuller started his career as an adjunct professor of economics at the University of Montana in Missoula, the school from which he earned a bachelors and masters of arts in economics. 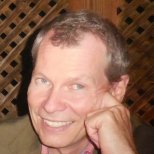 Carl Fischer, CEO of Positive Capital Corp.PBC, started business life at Merrill Lynch and spent almost two decades on the “dark side” of finance. As a “Quant” he founded and built three companies while at times also working as a proprietary trader for various financial firms. In 2006 while Head of Model Trading at ED&F Man in London, one of the world’s largest physical trading houses and one of the first in Fair Trade, he was (t)asked to structure an option to guarantee coffee farmers a steady income independent from price and currency fluctuations while simultaneously providing the firm with a continuous flow of produce. This brought him in touch with Impact Investing. Ever since, Carl has been active as an advisor, mentor and Impact Investment developer.

Working with various firms, individuals and organizations in the Impact Investing sector he quickly realized that financial structures, which in the past had benefited Wall Street so well, could be usefully employed to create positive impact, by using bond, equity or fund structures, for accredited or unaccredited investors, and for both non-profit and for-profit entities.

James R. Hooper is a Managing Director of the Public International Law & Policy Group (PILPG). He helped draft the Kosovo delegation’s strategy paper for the successful Kosovo-Serbia normalization talks that led to the Brussels Agreement brokered by the EU and U.S. in 2013. During the Geneva peace negotiations for Syria in January-February of 2014 he was in Geneva as an advisor to the Syrian opposition. He has worked on a range of other issues for PILPG including Bosnia, Macedonia, Iraq, Yemen, the Netherlands Antilles, and several others.

He is the former director of the Washington office of the International Crisis Group (ICG), an independent non-government global advocacy organization that focuses on conflict early alert, prevention, and containment. He also directed ICG’s Balkan programs.  He  helped found  the Broadcasting Board of Governors’  Radio Sawa initiative for the Middle East  after September 11 and served as the radio’s first  General Manager.

In his prior capacity as executive director of the Balkan Action Council, a Washington-based non-profit organization, he directed the Council’s engagement with Kosovo prior to and during the 1999 NATO-Serbia war and afterwards worked actively with the democratic forces in Serbia to replace President Milosevic. During that period he analyzed the Balkan situation for the media in interviews with the Lehrer Newshour, CNN, Canadian Broadcasting Corporation, Bosnian television, BBC, Voice of America, National Public Radio, Radio Free Europe, and numerous other broadcasting outlets plus frequent interviews with major U.S. and foreign newspapers and news magazines.  His public speaking appearances included occasional testimony before Congress.  He was the subject of a feature article in the New York Times “Public Lives” series in 1999.

Previously, as a career United States diplomat with the Foreign Service for twenty-five years, Mr. Hooper served at assignments in Dhahran, Saudi Arabia, during the 1973 October War; Beirut, Lebanon; Damascus, Syria, during the Lebanon civil war and formative years of the Arab-Israel peace process; Tripoli, Libya, during the Qadhafi-inspired mob attacks against the American Embassy; London, England; Kuwait, where as Deputy Ambassador he negotiated and implemented the naval protection agreement for U.S.-reflagged Kuwaiti oil tankers; and Warsaw, Poland, where as Deputy Ambassador he led the effort to prepare Poland’s post-communist government and military for NATO membership.

While serving as deputy director of the office of East European and Yugoslav affairs during the transformative years from 1989-1991, he was responsible for managing U.S. bilateral relations with the Balkan and Baltic states. He was the most senior dissenter on Bosnia policy within the Department of State during the Bosnia crisis of 1991-1994.  He met with two secretaries of state, numerous senior Department officials, White House staff members, and gatherings of Foreign Service Officers to promote an alternative approach to the crisis.

Mr. Hooper received his Master of International Affairs degree from Columbia University in New York and a Bachelor of Arts degree from the American University’s School of International Service in Washington, D.C.  He has served as a Scholar in Residence with American University’s Human Rights Institute and diplomat-in-residence at the Political Science Department of the United States Air Force Academy in Colorado Springs.

Alison Patch is a global affairs consultant working out of Washington, DC where she specializes in issues related to energy, international security and the Russian speaking world. Alison works closely with governments, multinational corporations, and other third-parties to develop creative strategies to attract investment into emerging markets across Central Asia and the Middle East. Her passion for Refugee Cities comes directly from her experience living and working with resettled refugee communities in Russia’s North Caucasus and the United States. She hopes to apply her diverse experience – previously having worked as a documentary film producer in the United States and abroad, as a counterterrorism analytical consultant, a translator, an educator and grass roots organizer and, now, as a communications professional – to raise the dignity of refugees and highlight the inherent value they possess, especially to developing economies.

Alison holds a Bachelor of Arts in Religion concentrating in Middle Eastern, South Asian, and African Studies from Columbia University, where she specialized in Religion and Conflict in the Muslim world. She speaks Russian and holds a certificate in Translation and Interpretation of economics and politics from Pyatigorsk State Linguistics University. She is currently pursuing her Masters of Arts in Security Policy from The George Washington University’s Elliott School of International Affairs. Her personal interests, however, meet at the intersection of religion, politics, and the reconciliation of individuals and societies as they move through conflict.

Born and raised in San Antonio, Texas, Jimmy Chalk is a JD candidate at Harvard Law School, where he serves as an editor of the Journal of Law and Public Policy, and a member of the Harvard Immigration Project.

Prior to law school, Jimmy worked as a visual journalist in Latin America, documenting Brazil’s transformation ahead of the World Cup and Olympics for The New York Times and other media outlets. As a multimedia producer, Jimmy has developed documentary storytelling content for Amnesty International, World Bank Institute, Transparency International, and Witness. He shot portions of CitizenFour, the 2015 Academy Award winner for Best Documentary Feature. 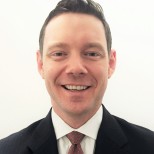 Jeff McWilliams is a Vice President and Corporate Controller of the Active Network, the leading provider of cloud based activity and participant registration software.

Prior to joining Active, Mr. McWilliams was a Divisional Controller for Eagle Materials, a prominent manufacturer and distributor of building materials, wallboard, paperboard, and concrete. Mr. McWilliams began his career in public accounting as an auditor with Deloitte and served numerous multi-national clients.

Mr. McWilliams is a Certified Public Accountant (CPA) and holds a BBA in Accounting and Masters in Finance from Texas A&M University.